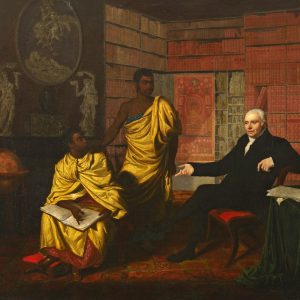 Arriving in England in May 1818, the two monks were met by Rev. Dr. Adam Clarke (1762-1832), an Irish Methodist and well known scholar on the New Testament. Clarke looked after the monks. In 1820, he wrote: ‘did so; and in doing it encountered many difficulties, which, because the good hand of my God was upon me, I surmounted; and, after twenty months instruction under my own roof, I was fully convinced that they were sincere converts to the Christian religion, and that their minds were under a very gracious influence. At their own earnest desire I admitted them into the church of Christ by baptism’.

Later in life, Adam Clarke would become a notable collector of Arabic, Persian and Syriac Manuscripts and he was the composer of the epitaph on John Wesley's tomb.
View all services & events
We use cookies. By closing this banner, scrolling the page, or clicking a link, you agree to their use. Info.