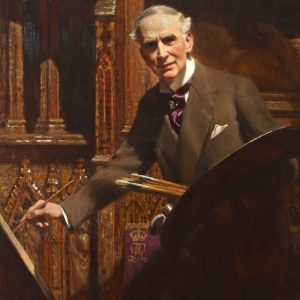 Frank O. Salisbury (1874 - 1962) was a well-known British Methodist painter and stained-glass designer in the early 20th century. Following his studies at the Royal Academy, London (1892–1897) and a scholarship to visit Italy in 1896, he developed a taste for large scenes of pageantry and portraiture, painted in traditional style. He worked particularly in Britain and the United States of America, where he was known as Britain's 'Painter Laureate'.

See also 1997/6654 in the Collection and the series 'The Prophets of Israel' on loan from the Bible Society.
View all services & events
We use cookies. By closing this banner, scrolling the page, or clicking a link, you agree to their use. Info.