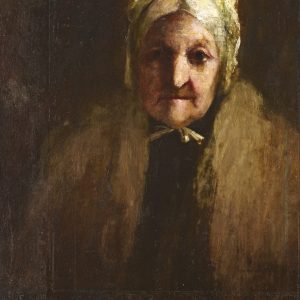 Grace Murray has been described by some as John Wesley's one true love; and he intended to marry her.

Born in Newcastle, Grace converted to Methodism in 1739. She became a member of the Foundery Society in London but returned to Newcastle after the death of her husband in 1742. There, she became a class leader and John Wesley appointed her housekeeper of the Methodist Orphan House.

Wesley was further acquainted with Grace during several visits to Newcastle and told her ‘If ever I marry, I think you will be the person!’. Shortly after during the summer of 1749, she accompanied Wesley on one of his preaching tours in Ireland, a move which was regarded as the prelude to marriage. However, Grace had another admirer who had proposed marriage and of whom she was fond also, a Mr Bennett, one of Wesley's preachers. Wesley procrastinated over the betrothal and asked his brother Charles for advice. Alarmed, Charles Wesley interfered and persuaded Grace to marry Bennett instead.

Wesley never fully forgave his brother or Bennett and wrote to the latter: ‘I left with you my dearest friend, one I loved above all on earth, and fully designed for my wife. To this woman you proposed marriage, without either my knowledge or consent...'

Grace went on to have five children by Bennett. John, possibly on the rebound, contracted an unsuitable and unsuccessful marriage to 'Molly' Vazeille in 1751.
View all services & events
We use cookies. By closing this banner, scrolling the page, or clicking a link, you agree to their use. Info.