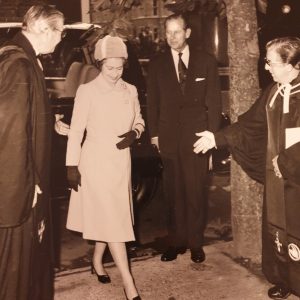 By the early 1970s, Wesley's Chapel had become structurally unsafe and a major building programme was required to ensure the building's survival. This took over four years to complete. The Chapel was re-opened on its 200th anniversary, on 1st November 1978, by Her Majesty, Queen Elizabeth II and Prince Philip.
View all services & events
We use cookies. By closing this banner, scrolling the page, or clicking a link, you agree to their use. Info.