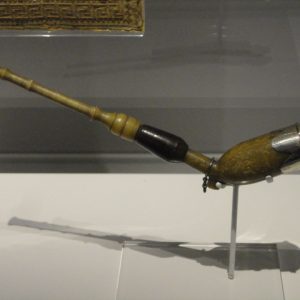 This pipe is made from animal horn and silver. It belonged to the Reverend Barnabas Shaw (1788-1857), first official Wesleyan missionary in Africa.

In 1816, the Rev Barnabas Shaw and his wife established the first Methodist mission station at Leliefontein, Namaqualand. Shaw was instrumental in establishing Methodist Societies in and around Cape Town, South Africa. Later, his initiative helped Methodism expand all along the eastern Cape coastline.
View all services & events
We use cookies. By closing this banner, scrolling the page, or clicking a link, you agree to their use. Info.