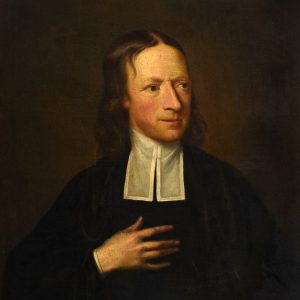 John Wesley (1703-1791) was an Anglican clergyman who became one of the founders of Methodism. When this portrait was painted in 1765, Wesley was sixty-two years old, older than the painting would suggest.

Robert Hunter (fl. 1748–1780) was a portrait-painter and a native of Ulster. He had a painting studio of considerable size in Dublin in the middle of the eighteenth century. The tonality of his works was influenced by the colouring of old master paintings and he is said to have produced excellent likenesses.
View all services & events
We use cookies. By closing this banner, scrolling the page, or clicking a link, you agree to their use. Info.