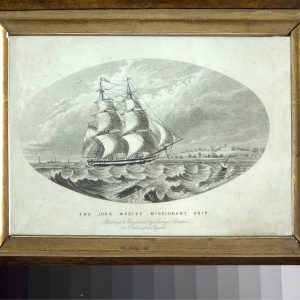 The John Wesley II missionary ship replaced the John Wesley, which had been hit by a violent storm and broke up on a Tongan reef in 1865. The JW II had three masts, was 117 feet in length and cost £3,400 to build, then a great deal of money. She reached Australia in 1867 and served a growing number of mission stations . In 1881, the ship was sold for commercial use, as steam powered ships were proving more viable and suited to the work of the Mission.
View all services & events
We use cookies. By closing this banner, scrolling the page, or clicking a link, you agree to their use. Info.