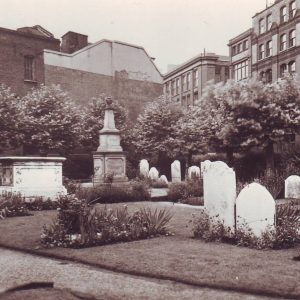 An early 20th century photograph of John Wesley's tomb and the graveyard behind Wesley's Chapel. In the early 1980s, a mirrored office building was built at the back of the site, approximately where the trees are located in the photograph. The layout of the paths was changed at the same time.
View all services & events
We use cookies. By closing this banner, scrolling the page, or clicking a link, you agree to their use. Info.