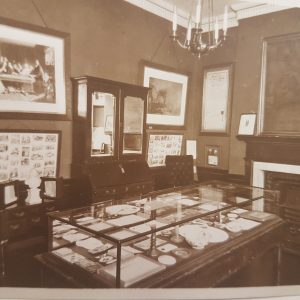 The first floor rooms of John Wesley's House were opened as a museum in 1898, one of the earliest museums in a historic house in the country. This photograph shows John Wesley's study or living room as it looked shortly after the opening, around the turn of the 20th century. The rooms were presented very much like a shrine to John Wesley, not like a historic house in the way they are today.
View all services & events
We use cookies. By closing this banner, scrolling the page, or clicking a link, you agree to their use. Info.