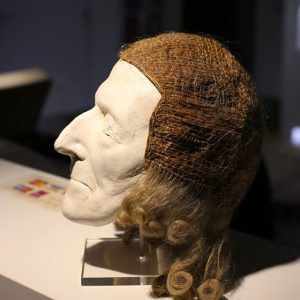 Believed to be John Wesley's wig, which was handed down in his family. Wesley would have worn this wig in later life; in younger years, he wore his own hair, preferring to give the money saved by doing thus to the poor.

The wig is displayed on Wesley's death mask. Its fit is remarkable and the overall appearance recalls portraits of John Wesley in old age.
View all services & events
We use cookies. By closing this banner, scrolling the page, or clicking a link, you agree to their use. Info.