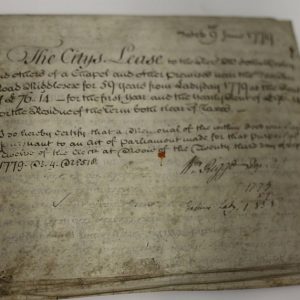 'Lady Day' was an old fashioned term even in 1779. It was the traditional day on which year-long contracts between landowners and tenant farmers would begin and end in England and the old start of the Julian legal year, technically phased out in 1752. In 1779, in the new Gregorian calendar and with various date adjustments, it would have referred to the 5th April. A remnant of this arrangement remains in the start and end of the tax year in Britain (i.e. 6th April).
View all services & events
We use cookies. By closing this banner, scrolling the page, or clicking a link, you agree to their use. Info.