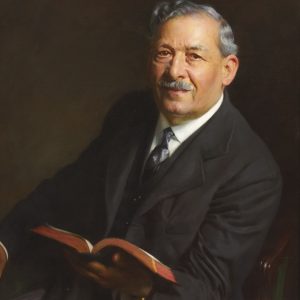 Rodney, or 'Gipsy', Smith MBE (1860 – 1947) was a British evangelist who conducted evangelistic campaigns in the United States and Great Britain for over 70 years. He was an early member of The Salvation Army.

Gypsy was born in a Romany tent in Epping Forest, close to London. He received no formal education, and his family made a living selling home made wares, such as baskets. At the age of 16, Gypsy was converted and noticed by William Booth of the Salvation Army. Gypsy became an evangelist with and for the Mission and served for a number of years. Later, he travelled around the world extensively on evangelistic missions or 'crusades', drawing huge crowds.

It is believed that Gipsy never wrote out a sermon for preaching purposes, although he wrote several books. He could sing well, and sometimes he would interrupt his sermons and burst into song. Several of these hymns were recorded by Columbia Records.
View all services & events
We use cookies. By closing this banner, scrolling the page, or clicking a link, you agree to their use. Info.