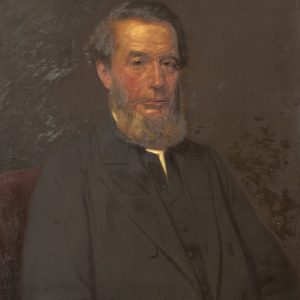 John Rattenbury (1806-1879) was a Wesleyan minister and the founder of a dynasty of Methodist ministers. He grew up in Manchester and was converted by Robert Newton. It is said that he was a near hypnotic preacher, and that he was responsible for many conversions. A family tradition asserts that the first railway excursion on the Stockton and Darlington line was to hear him preach. Rattenbury launched the Metropolitan Chapels Building Fund and was elected President of Conference in 1861.

The painting requires conservation.
View all services & events
We use cookies. By closing this banner, scrolling the page, or clicking a link, you agree to their use. Info.