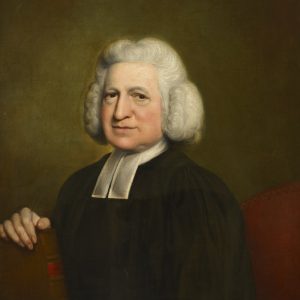 The Reverend Charles Wesley, MA (1707-1788) was John Wesley's younger brother. He was one of the youngest children of Susanna and Samuel Wesley, their eighteenth child. Like his brother, Charles was ordained into the Anglican Church and later became active in the Methodist movement, However, despite their closeness, the brothers did not always agree on questions relating to their beliefs, in particular whether a breach with the Church of England was permissible or justified. This led to open conflict.

Charles Wesley is best known for writing about 6,500 hymns and he has sometimes been called the 'sweet singer of Methodism'.
View all services & events
We use cookies. By closing this banner, scrolling the page, or clicking a link, you agree to their use. Info.