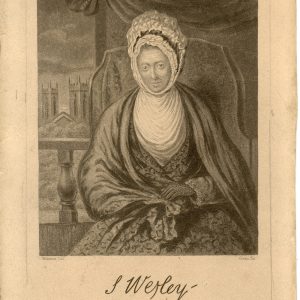 Susanna Wesley (née Annesley; 1669 – 1742) was the daughter of Dr Samuel Annesley, a prominent Puritan and nonconformist pastor. Susanna married Samuel Wesley in 1688 and ultimately became the mother of nineteen children, of whom ten survived infancy, including John and Charles Wesley.

As mother to John and Charles, particularly for the teachings and principles she instilled in her sons and all her children, she is often referred to as the 'Mother of Methodism'.
View all services & events
We use cookies. By closing this banner, scrolling the page, or clicking a link, you agree to their use. Info.