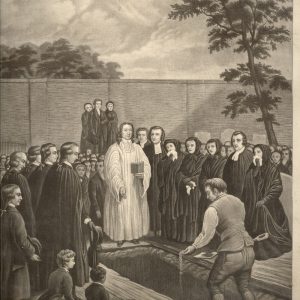 After Susanna Wesley died on July 23, 1742, she was buried in Bunhill Fields graveyard in City Road, opposite the site John Wesley would one day acquire for his New Chapel, today's Wesley's Chapel. John conducted the service, his brother Charles wrote the epitaph for her tombstone.

Although best known for her influence on her sons, Susanna Wesley was an accomplished writer, teacher and theologian in her own right. She has often been referred to as the 'Mother of Methodism'.
View all services & events
We use cookies. By closing this banner, scrolling the page, or clicking a link, you agree to their use. Info.