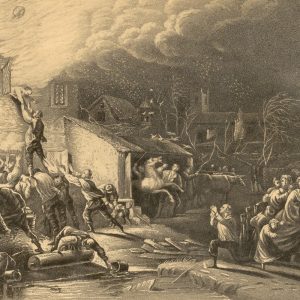 John was born in 1703 at the rectory in Epworth. When he was six years old, on the night of 9 February 1709, the rectory caught fire. The family rushed to get out. Once outside they did a head count and realised that John was missing. The flames had become so fierce however that John's father Samuel was unable to get back into the house. Then, John appeared at an upstairs window. A human ladder was formed so he could be pulled to safety, apparently just in time before the roof fell in.

It was this seemingly miraculous escape from the fire which convinced his mother Susanna that her son was a 'brand plucked from the burning".
View all services & events
We use cookies. By closing this banner, scrolling the page, or clicking a link, you agree to their use. Info.